skip to main | skip to sidebar

You should go here instead Joe Penrod
Posted by Joe at 10:29 AM No comments: 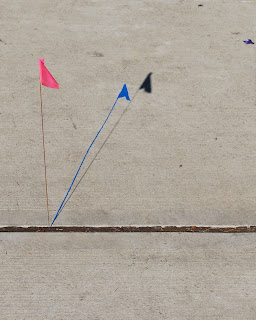 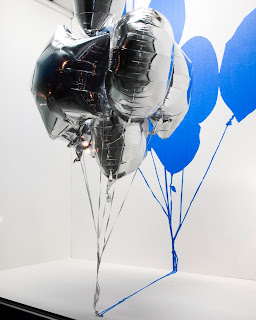 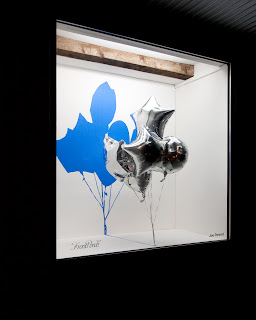 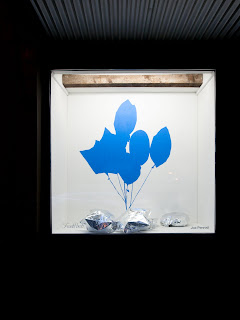 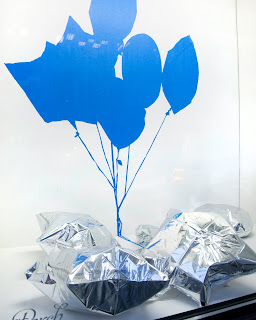 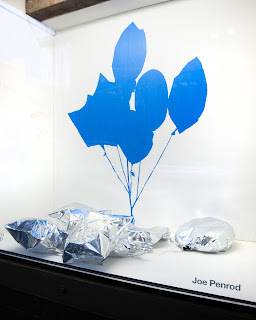 *all photos by Timothy Mahan
Posted by Joe at 1:53 PM No comments: 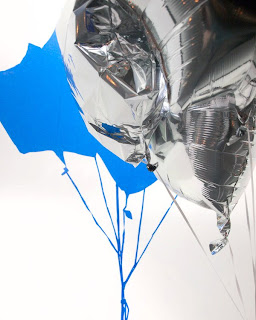 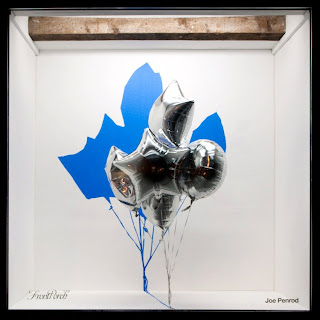 Installation for Half/Dozen Gallery. Mylar balloons and painters tape. The balloons will slowly deflate over the course of the installation, leaving a metallic pool of empty balloons and their blue, inflated shadows above them.
Posted by Joe at 2:52 PM 2 comments:

I reviewed an exhibition of Joe Penrod's intriguing blue-tape shadows three years ago at the now defunct Black Front Gallery in Olympia. The works he's showing at Fulcrum Gallery in Tacoma are exactly the same only more sophisticated.

The idea is as profound as it is simple. He traces the cast shadows of objects in buildings and on the streets and "paints in the outlines" with blue painter's tape. The light changes, the actual shadows change shape, overlapping the taped shadows or in some instances visually dancing with them in fascinating ways. The tape-shadows then become records of things that were there and now aren't or are still there but in a changed formation. The installations don't last, but the photographic records do.

He has installed one such shadow on the sidewalk outside Fulcrum. It has been broken and partially destroyed by the feet of pedestrians, but is intact again as it crawls up the side of the building. Inside he has installed another such shadow sculpture-painting. In this case four sawhorses are stacked feet-to-feet and top-to-top. The installation stands about 10 feet tall and "casts" a blue-tape shadow across the floor, up the wall and onto about five feet of ceiling.

In addition, he is displaying a collection of photographs of installations in various locations from Tacoma to New York, and an odd and totally unrelated conceptual piece consisting of engraved glass bottles into which people in various places sang the same song at the same time leaving a record of condensed human breath in the sealed bottles - an interesting concept, but boring to look at.

Back to the blue shadows. The photographs are beautiful, especially when actual shadows overlap or create halos around the constructed shadows. In the small photographs printed on maple panels the tape edges don't show and the color is more intense than the actual pieces. The photos, in other words, are better art than the art photographed. Plus they are permanent, which the installations aren't, and they're reasonably priced.

In Chung King Rd. (LA) paper lanterns hang across a deserted street casting shadows on the street below. The lanterns glow orange as a jack-o-lantern and their overlapping cast and taped shadows are a complementary blue and gray. It's very beautiful, as is Leaves Olympia, blue-black, dark blue, light blue and gray shadows of green fronds in a concrete planter.

Best of all is Tacoma Sit-In (With Beautiful Angel), a document of an art event in Tacoma with large groups of people helping Penrod tape the shadows of people and chairs. In the photo there are many more shadows than chairs plus at least one shadow of a dancer who is no longer dancing - a moment in history captured in painters' tape. If I could buy one of these, this would be the one I'd want.

If you haven't seen this show, it's worth catching.
Object Permanence 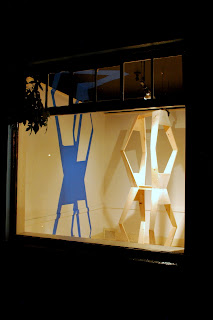 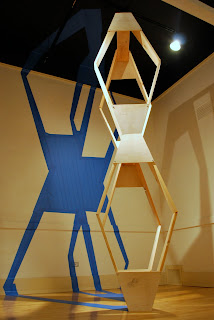 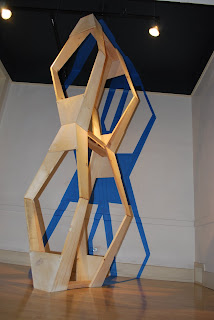 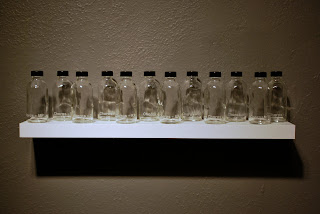 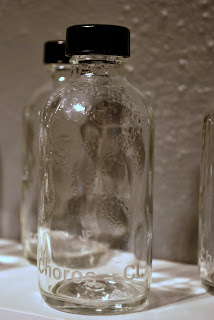 Friends and family across the country were asked to sing the same song into these bottles, at the exact same moment, and seal them when finished. They were then united in a choir. The condensation of their breath is the only recording of the act.
Posted by Joe at 10:09 PM No comments: